Profiling a publication with a prominent piece of prohibitionist propaganda by Harry Anslinger.

For the first century and a half of our nation’s history, the plant commonly known as “Indian hemp” was widely used for a number of purposes—including a variety of medicinal remedies and tonics—with no restriction. Then in 1906 the Pure Food and Drug Act was enacted, requiring all products containing any of ten specified ingredients that were deemed “addictive” and/or”dangerous” (of which “cannabis indica” was included, alongside alcohol, morphine, opium, and others) to list them on their label. Still, manufacturers were in no way prohibited from producing or selling them.

In that same year, a publication that had undergone numerous name changes over the previous three decades rebranded itself one final time as The American Magazine. Originally distributed by Phillips Publishing Company, it had up until then been known for its “muckraking” writers—a term coined by then-president Teddy Roosevelt to describe investigative journalists who exposed corrupt institutions, politicians, and practices. After being acquired by Crowell Publishing in 1911, however, the magazine began featuring less provocative content, such as fiction and human interest stories, in an effort to court a wider readership—or so they said.

Some in the industry, however, saw this not as a harmless shift in editorial focus, but as a deliberate attempt by corporate interests to silence journalists who were speaking truth to power. Noted muckraker Cleveland Moffett claimed in a New York Times article that “the purchase of The American Magazine by Crowell Publishing Company meant that ‘the interests’ were bent on swallowing up the muckrakers…” and that journalists were “…up against the powers of darkness.” “The right of free speech in America is in jeopardy,” he warned. “They are trying to muzzle the magazines. Several magazines have changed hands recently. They have come under the control of interests, and in each of them the muckraking features will cease.”

As it turned out, Mr. Moffatt’s fears were well-founded; over the next two decades, many magazines and newspapers that had been gobbled up by media conglomerates would foster the birth of a new reporting style anathema to the muckrakers. Dubbed “yellow journalism” (what we would today call “tabloid journalism” or “fake news”), it relied on sensationalism, fear-mongering, and sentimentality rather than investigative acumen, rationality, and hard facts.

Undoubtedly, the most egregious perpetrator of this unsavory editorial practice was media magnate William Randolph Hearst (the basis for Orson Welles’ cinematic masterpiece Citizen Kane). Hearst hired a writer named Winifred Bonfils who, under the pen name Annie Laurie, wrote a series of columns for his news syndicate railing against the evils of narcotics—eventually turning her typewriter against weed as well. Eschewing the familiar terms “hemp” and “cannabis,” which had been used by Western culture for centuries, these articles rebranded the widely used plant as some dangerous new drug called “marihuana”—the foreign-sounding slang name used by the indigenous peoples of Mexico, who at the time were flooding across the border at an alarming rate.

Through the 1920s, Hearst published a flood of Laurie’s yellow journalism articles about these marijuana-smoking Mexicans and murderers throughout the thirty-odd newspapers and magazines in his print empire, which were read by nearly a quarter of all Americans. Many amateur historians, including legendary legalization activist Jack Herer, have speculated that Hearst’s motives for condemning cannabis went beyond mere racism—that he and Treasury Secretary Andrew W. Mellon, among others, saw the hemp industry as a threat to their investment holdings in the timber, oil and chemical industries. But upon serious research, this argument doesn’t seem to hold water factually. Regardless of the reasoning behind it, however, it was this procession of propaganda—later appropriated and amplified by one notorious anti-drug zealot—that would eventually lead to America’s criminalization of cannabis. That zealot was Harry Jacob Anslinger.

A former railroad inspector and corporate spin doctor for the Pennsylvania Railroad, Anslinger landed a job as an assistant commissioner in the Treasury Department’s Bureau of Prohibition—thanks in part to the convenient fact that Secretary Mellon happened to be his wife’s uncle. When the Bureau was transferred to the Justice Department in 1930, Uncle Andrew appointed Anslinger as Commissioner of the newly-formed Federal Bureau of Narcotics (the precursor to today’s DEA)—making him America’s first defacto drug czar.

Initially, Anslinger seemed indifferent to cannabis (he reportedly once said “There is probably no more absurd fallacy” than the notion that cannabis made people violent). So what changed his mind? The end of Prohibition and the dawn of the Depression. The Depression forced significant budget cuts to a number of law enforcement agencies, and with the Volstead Act repealed, they’d need a new substance to demonize if they wanted to maintain their power. With his agency’s funding in jeopardy, cocaine and heroin use not considered a large enough threat to increase his budget, and sensationalized reports of cannabis use among Mexicans and “negro” jazz musicians on the rise, the racist and opportunistic Anslinger decided to shift gears and launch an all-out assault on the herb.

With no scientific evidence to support his new crusade against cannabis, the only way he could further his agenda was by perpetuating past propaganda to stoke white America’s xenophobia and economic anxiety. Anslinger culled around 200 articles, accusations, and anecdotes about the exaggerated dangers of cannabis use from Hearst’s papers and police crime reports to compile what he called his “Gore Files,” then used those reefer references to crank out his own steady flow of propagandistic press releases and articles designed to stir up hysteria among the populace and bolster his efforts to get Congress to outlaw the herb. Perhaps the most infamous and influential of these was a piece Anslinger co-wrote with crime author (and former circus publicist) Courtney Ryley Cooper entitled “Marijuana—Assassin of Youth.”

Researchers later concluded that nearly all of Anslinger’s “Gore Files” crime attributions to marijuana usage were either false or misleading, including that of Licata who had been diagnosed as mentally ill from an early age. Nevertheless, Anslinger’s scare tactics worked like a charm: a version of the legislation he’d drafted had been submitted to Congress in April, was signed into law on August 2, and went into effect as the Marijuana Tax Act of 1937 on October 1.

Though it didn’t actually outlaw cannabis, it allowed those possessing or selling it without the proper paperwork to be arrested and jailed. That law remained in effect for three decades—until it was challenged by counterculture icon Timothy Leary and overturned as unconstitutional by the Supreme Court in 1969. Unfortunately, it was replaced within a year by Nixon’s far stricter Controlled Dangerous Substances Act—further codifying Anslinger’s irrational cannabis crusade into law and kicking off the modern-day War on Drugs.

Anslinger died in 1975 as was buried at Presbyterian Cemetery in Hollidaysburg, Pennsylvania—not far from his hometown of Altoona (just in case you’d like to pee your respects). The American Magazine published its final issue in August 1956, but sadly the practice of yellow journalism has remained alive and well. Today, over 80 years after the publishing of “Marijuana—Assassins of Youth,” we modern-day muckrakers still struggle against the scourge of fake news that serves the personal agendas of politicians and media moguls, and continue to strive to counteract the malevolent misinformation about marijuana that Hearst and Anslinger first unleashed into our nation’s zeitgeist.

(Content originally published on worldofcannabis.museum and reposted with permission.)

For a deeper dive on this topic, listen to Episode #2 of the Cannthropology potcast at worldofcannabis.museum/podcast or wherever you get your podcasts. 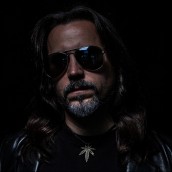