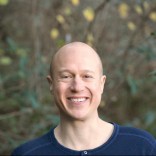 I am the Founder of Best Cannabis, a product recommendation…

CBD (cannabidiol) arrived just in time for former Iowa state tennis champion Boris Shcharansky.  He hadn’t been on the court in 3 long years.  His psoriatic arthritis, diagnosed in 2011, was flaring up with inflammation so badly that he took to sleeping on the floor to cope with the pain.  Seemingly simple actions like standing on his tiptoes had become unthinkable. Legally available pharmaceutical options were too grizzly to be considered viable.  Immunosuppressant drugs, with possible side effects such as liver damage, and epigenetic changes which could harm the next generation of Shcharanskys, didn’t sound like a good idea for anybody, much less a formerly athletic guy like Boris.

After years of suffering with seemingly no end in sight, a new focus in cannabis breeding came up as a possible way to alleviate some of the symptoms of arthritis.  No stranger to high-THC cannabis strains, Boris thought it was worth a try. He smoked a popular high-CBD flower called Cannatonic with a 2:1 CBD to THC ratio.  After enjoying just a few puffs he stood up on his tiptoes with the sudden realization that playing a game of tennis didn’t seem so impossible anymore.

The stories of arthritis sufferers receiving benefit from cannabis use are widespread, but what’s really going on there?  Is it truly a matter of pain and inflammation relief or just a much-needed distraction? By focusing on the regimen used by Boris as a medical cannabis patient, we hoped to understand the potential benefits to other patients.  In the process, we also wanted to learn about Boris’s road to success as Chief Operating Officer of the industry-leading cannabidiol topical and edible product maker Papa & Barkley, headquartered in Los Angeles with production facilities in the city of Eureka in Humboldt County, California.

By now we’ve all heard about the endocannabinoid system and its role in maintaining balance in our body’s systems.  What may be conceptually new to folks is the standard cannabis industry practice of combining phytocannabinoids, and other active compounds present in the plant, with terpenes to help patients achieve a synergistic “entourage effect”.  We know that a full spectrum, whole plant-based medicine will encompass cannabinoids such as CBD and THC to work in concert with the terpenes, and hundreds of other active compounds, to achieve therapeutic effects.

CBD isolate or distillate products, no matter how sexy the packaging and marketing won’t be as effective for folks suffering from arthritis, or a wide range of other ailments, because of the missing compounds in the final preparation and subsequent lack of synergy achieved.  “We use a whole plant infusion formula,” Boris said in a recent interview with Seibo Shen, Founder of popular vaporizer company VapeXhale. “Full spectrum…we take whole flowers and put them into our high-grade coconut oil, high-grade MCT. We have a patented infusion process that uses pressure, time, water, and nothing else.  That is the base for all of our products. The theory is the entourage effect. The cannabinoids working together are actually more effective than anyone alone. Now we’re going further. Terpenes also help those cannabinoids do their job inside our bodies.”

One thing that is clear from Boris’s experience is that cannabis alone would not have alleviated his long list of symptoms from the arthritic inflammation.  “Cannabis doesn’t heal,” Boris said. “Cannabis gets us to the point where we can be in homeostasis. CBD brought down my inflammation. I had to change my diet and I had to get out there and start biking and working out again.  That’s what increased my metabolism, and that helps continue to decrease my inflammation. It’s not cannabis. If I don’t have that original inflammatory relief from the cannabidiol, I won’t do the rest of the stuff.”

Cannabis helps with pain, allowing Boris to live an active lifestyle which had become unthinkable in his previously arthritic state.  “Now it’s completely under control, it hasn’t gotten worse, and it hasn’t spread,” Boris said. So how does he do it? “Basically, it’s a regimen of 100-300mg of CBD ingested orally a day.  And I also like to dab cannabidiol. It’s one of my favorite things to do. It’s my favorite way to ingest CBD. But you still have to use the tinctures and the capsules to get your milligrams up.”

“For me in the morning, maybe 2 or 3 high-CBD dabs.  After that, it’s capsules for me. Tinctures are great, but I achieve the same result with dabbing that I do with tinctures.  It’s active within 10-15 minutes. It’s going directly into my bloodstream to my brain, but when you have arthritis throughout your body you want it to be processed in your gut.  You want it to go into your bloodstream throughout your body. When you take a tincture, most of that is going to go to your brain. It will go to your perception of pain, but it won’t necessarily alleviate inflammation.”

“That’s when I take the capsules,” Boris said.  “I love just taking three or four 50mg capsules.  I take those in the morning, and three or four of those at night.  For me, it’s inflammatory relief. I have to get ahead of it. It’s not that you just use cannabis when you have pain.  You’ve got to get ahead of it. Every day, if I don’t have flare-ups, I’m doing 30mg a day no matter what. But if I’ve been traveling or have back pain, I’ll do 150-200mg at night, and then a few hundred (milligrams) every day that week.  It’s about saturating your system with cannabinoids.”

Cannabis is excellent medicine for arthritis sufferers, but what about the rest of us?  All adults may benefit from using cannabidiol as a preventative approach to stave off the effects of aging on the brain.  The US Government currently holds patent 6630507, which formally recognizes the non-THC compounds of the cannabis plant as neuroprotective.  Boris believes “…we should all be taking CBD on a daily basis.”

Papa & Barkley full spectrum products are available nationwide (without THC) and in California (with THC).   They have also launched a cannabis concentrates brand, Papa’s Select, to focus on whole plant, full spectrum ice wax and rosin made from freshly frozen cannabis flowers.  Genetics which produce high-THC hash is well known and widespread. Papa’s Select is on a “’quest for the holy grail’ to find a hash strain that yields a commercially viable amount of CBD.”  They are “currently working with top breeders in the Emerald Triangle to create a new CBD-rich strain for ice hash and rosin extraction.”  Special thanks to VapeXhale Founder Seibo Shen for conducting this interview with Boris Shcharansky, COO of Papa & Barkley.

Summary:  CBD is helping arthritis patients take charge of their lives in dramatic ways.  We’ve wondered how patients with severe symptoms had been self-administering CBD products, what mix of products are they using, and what are the doses like.  VapeXhale CEO Seibo Shen spoke to Boris Shcharansky, Chief Operating Officer of popular CBD product maker Papa & Barkley about his winning battle with arthritis, and we’re honored to bear witness to their illuminating conversation.   What we learned is that the CBD helps, but lifestyle changes are really the thing which keeps the suffering at bay. Take a walk with us on the court with Boris, Seibo, and get the complete story of how high quality, full spectrum CBD products are integrated into a healthy, active lifestyle with remarkable results.  We also share the story of CBD’s neuroprotective qualities and the patent the US government holds, confirming the true value of the popular cannabinoid. 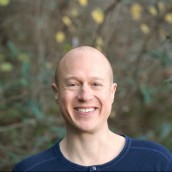