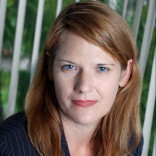 Since the implementation of Prop 64 in January of this year, Cannabis has been a hot topic. Chances are, the cannabis conversation will come up this holiday season as families gather and share experiences and ideas. If you’re a cannabis believer and want to help a loved one realize its benefits, we understand that it can be controversial and a sometimes-heated topic. In addition, separating fact from fiction can be daunting.

Whether you want your parents or grandparents to try it, or you want your family to understand why you choose this plant medicine over dangerous pharmaceuticals, here are some tips that we have found through the years for making the conversation go more smoothly.

Remember that the world was brainwashed beginning in in the mid 1930’s. The word marijuana didn’t not exist until it was introduced and reefer madness was unleashed. People who believe in cannabis are passionate. Stay grounded and share facts, figures and the positives outcomes.

Did you know that prior to 1937 when cannabis prohibition began, it was among the top 3 remedies prescribed by doctors across the U.S.?

It wasn’t the pharmaceutical industry that put cannabis out of business, it was William Hurst, Dupont Chemicals and Harry Anslinger. To understand what really happened, read The Marijuana Tax Act of 1937. I find when people read this for themselves, they draw very logical conclusions.

You don’t have to smoke the plant to get relief. In fact, less than 20% of the people we work with choose inhalation as their primary method.

You don’t have to be “high” to get relief. How high a person chooses to be or not to be is entirely in their hands. The myth of cannabis making a person stoned and stupid is entrenched in our minds due to what we see on TV and in the movies. Millions of people use cannabis in productive and healthy ways.

Cannabis has been legal in California since 1996. The state dis-implemented Prop 215, depriving millions of being able to access safe & regulated cannabis for medicinal purposes. Doctors who supported its use were persecuted, imprisoned and had their licenses suspended. People were arrested, despite their medical need.

This time around with Prop 64, the state has embraced the law at all levels. Although, the difficulty now is that cities can say no to allowing for it. Currently only 15% of the entire state is regulating cannabis businesses, making it quite difficult for people to access safe, state legal products.

Cannabis was put on Schedule I of the Controlled Substance Act in 1970 by President Nixon, against expert advice from the Shafer Commission (9 of the men on this commission were personally appointed by Nixon). Today, it remains there, despite the fact that the federal government and others have been granted patents for cannabinoids for their therapeutic, neuroprotective, anti-epileptic and anti-cancer properties.

Where you look for information about cannabis will determine if you find good news or bad news. The National Institute on Drug Abuse (NIDA) has been chartered to only study harm. They do not study benefit or positive outcome.

Therefore, if you want to find positive information, skip the first page of Google, or better yet, go straight to National Institute of Health (nih.gov) for more than 36,000 published studies on cannabinoids, the ECS and more than 9,000 patient years of clinical trial data documenting successful use of cannabis.

Watch the latest video presentations recapping the work being done by top cannabis researchers around the world. These are free for anyone to view at: www.cannabisclinicians.org (select video library under resources)

Cannabis is a natural plant remedy that has been used around the world for thousands of years, bringing relief to humans for hundreds of conditions.

In the late 1980’s, scientists discovered the human body’s natural endocannabinoid system (ECS), a system that regulates and affects physiological processes including movement, mood, memory, appetite and pain. Cannabis is not a magic pill and it doesn’t always work for everyone, but the ECS is what makes cannabis effective for so many conditions.

The reality is that much like the population of the nation, the majority of those who are now using cannabis are over 50, but most are afraid to admit it because of the negative societal stigma. It’s okay to drink alcohol or take dangerous pharmaceuticals, but as a society, there is still a very negative attitude toward cannabis. The good news is that perceptions are changing.

Learn more about the facts and best practices for implementing medicinal cannabis in an informed, safe and effective manner.

Get our quick and easy to read e-book “The One Minute Cannabist: A Primer for Medicinal Cannabis Newbies”. Now through December 31, 2018, the book is available for only $9.99.