After many years of intermittent yoga, meditation practice, and reading sacred scriptures, as well as visiting and photographing Hindu Temples all over India, I finally decided to fully focus on my spiritual growth. My wife and I had separated in 1996, to pursue our separate interests, so I decided to spend several weeks with our Guru, His Holiness Swami Chidananda Giri, in a small temple town in South India, dedicated to the Goddess Sri Mukambika. Swami Chidananda had already given me a mantra and the priests repeatedly indicated to me that I had received the special blessings of the Goddess. 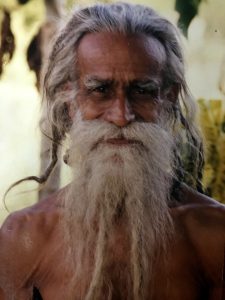 For many days and hours on end, I meditated in a spot where the great saint Sri Adi Sankaracharya had meditated and seen a vision of the Goddess over 1200 years before. She is a most powerful deity embodying the qualities of all the Goddesses, particularly Maha Lakshmi, Maha Saraswati and Maha Kali. One of Her many gifts to her devotees is Freedom from Fear. He named Her Sri Mukambika.

Over the years I had experienced numerous mystical visions and Swami Chidananda encouraged me when he said, “Have no doubts.” Pondering that for many days I realized that he meant, among other things, do not doubt the reality and authenticity of your mystical visions. They are a gift of the Divine Presence and one receives and perceives them as truth at the deepest level of consciousness.

He also admonished me to never miss a day of meditation because it breaks the rhythm and you have to start over again. After my first encounter with Sri Mukambika in 1989, at random moments She would appear to me in a vision.

From that temple, I traveled to Chidambaram, a major temple complex in Tamil Nadu, dedicated to Siva Nataraj. For six weeks I meditated in the Temple under the guidance of His Holiness Thangastabapati Diksitar, one of the Head priests, who gave me a Goddess mantra.

On the day I left I gave him some gifts and he presented me with a small statue of Siva Nataraj. The moment the statue touched my outstretched hands, an electric shock went up both arms straight to my heart and irradiated my whole body. Tears flooded from my eyes and for the next several weeks I was in an exalted state. I later found out that this is called Shakti Path, a direct download of cosmic energy.

After visiting other temples in South India I made my way back to the Himalayas to the cottage where I had stayed and continued my yoga and meditation discipline.

This culminated in the Kumbha Mela of 1998 in Haridwar, a festival where literally millions of devotees attend to bathe in the sacred Ganges River and to get the blessings of a Guru.

At one point during the Festival, I was standing on a bridge over the river wondering where to go and what to do next when I said to myself, “I will go with the next impetus that comes along.” Within moments a small baba dressed in orange came up to me and said, “You are a Sadhu,” in Hindi. I said, “No, not quite.” and he said, “Yes, yes, you are. Come with me!” So I went with him. His name was Swami Subodhananda Saraswati.

We went to his camp and the next day was the most important bathing day of the entire Festival. As millions were pressing toward the riverbanks, we walked unimpeded right through the crowds to the very central bathing ghat, the most auspicious place of all. There he told me to strip to my underwear and to take my Holy Bath in the sacred river Ganges.

I looked around and saw that I was directly under a statue of Adi Sankaracharya and his three disciples, the same Sankaracharya who had meditated in the Sri Mukambika Temple in the South. As I took the sacred water of the Ganges in my hands to offer prayers to the four directions and to the Gods and Goddesses, a single drop of water fell from above onto the top of my head. I felt it penetrate and flow through my entire body, adjusting the charge on every molecule in every cell in my body. Then I took a drink directly from the river.

This vivifies the myth of the Kumbha Mela, which tells of the Gods, after churning the Milky Ocean to gather the Elixir of Immortality, fly away with a jug of the mystical potion. As they soar over India toward the Himalayas, four drops fall on four locations, one of which is Haridwar, where the Holy River Ganges flows out of the mountains. In memory of this the Jug Festival, or Kumbha Mela, is celebrated every 12 years on that spot, and in rotation every three years in succession at the other three sacred sites where a drop fell.

Swami Subodhananda gave me the name Chaitanya along with an orange lunghi and I was initiated as a Jnani yogi. I stayed with him for the next few days while he instructed me in the several vows I made at the time. He was a simple man but people revered him, constantly bowing down to touch his toes as we walked together. It all felt so familiar that it seemed to me that we had walked together in several previous lifetimes. After that, I never saw him again.

A few months later, after I had made a pilgrimage to many Siva Temples in South India, I was back at the Temple of Sri Mukambika and Swami Chidananda made me a Swami.

The last time I saw Swami Chidananda was in February 2003, the year before he reached Samadhi. Nikki, my ex-wife, and beloved companion still, came to visit and we went to see him together. He asked Nikki what she wanted to do and she replied that she wanted to create a sanctuary which would include a temple to Sri Mukambika in the USA. Chidananda asked her who could help her and she replied that I, Swami, could build anything, so he told me I had to return to America and help her, which came as a surprise to me. Then he asked me what I wanted to do and I said I wanted to build a large three dimensional Sri Yantra. To which he replied, “Do it soon!”

Nikki and I returned to California in March and soon we found the perfect piece of land in Mendocino County to create the sanctuary. Exactly thirty years earlier, at the second Rainbow Gathering, I had been given a vision of beautiful land in the mountains and my inner voice told me that I would spend the end of my life there. When Swami Chidananda sent me back to the States, that vision became real. That summer I built my first wooden Sri Yantra, which was 24’x24 and 24’ high,  and took it to Burning Man in September. That model was burnt on site, but a few years later I built another and better one at the Sanctuary.

Many years later that wooden Sri Yantra blew over in a violent wind storm. Instead of rebuilding it, when I decided to replant my cannabis garden in the native soil, I laid out the new garden in the form of the inner triangles of the Sri Yantra. This would become the symbol of our cannabis company which we founded in 2015, Swami Select, to provide spiritually infused cannabis as medicine and inspiration for those in need and to help cover the costs of the sanctuary. 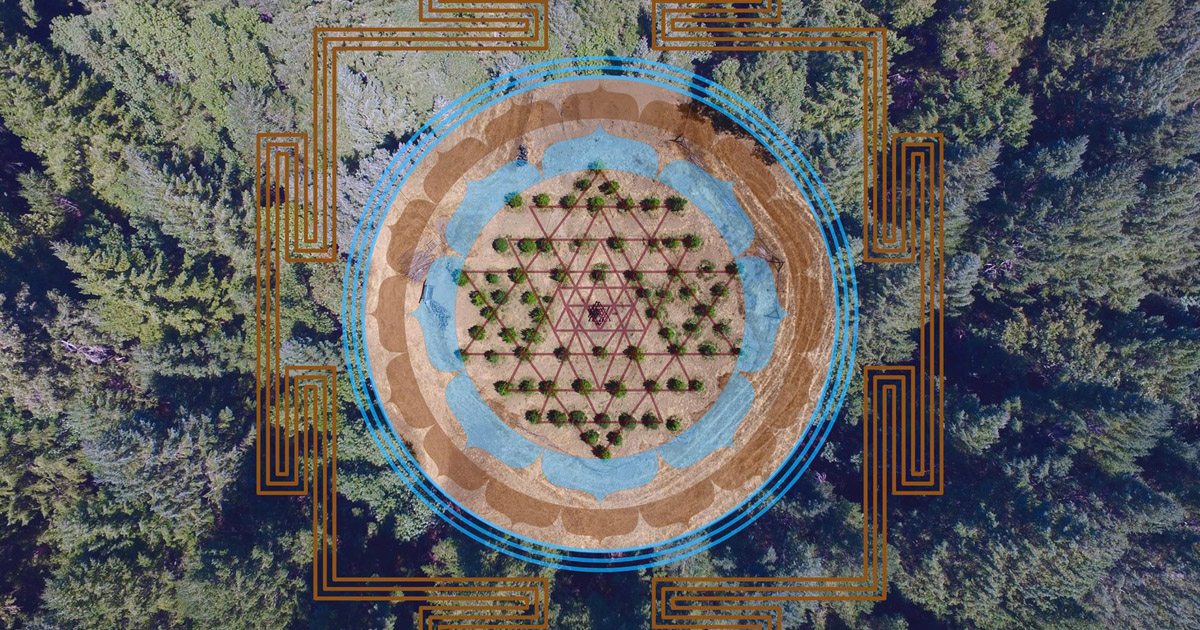 We finally built the Temple to Sri Mukambika in 2018 and had a Brahmin priest bless and inaugurate it.

One of the last things Swami Chidananda said to me was to not stop meditating too soon, by which I think he meant: don’t get on an ego trip and think you are already enlightened. I also remember his words “Have no doubts,” affirming that this is my path, to bring pure medicine to the people, to highlight the spiritual energy within the cannabis plant, and celebrate the sacred herb as a gift of the Goddess, who continually showers us with Her blessings.

Pulled from Swami Select with permission