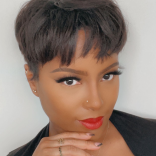 Mell Green is a cannabis plant advocate based somewhere in…

How the Emerald Triangle Became a Seed Bank

Despite the fact that vaping has been around for quite some time now, we’re still witnessing many claims, “there’s still a jury out on its potential dangers”. Cases of certain types of lung injury or side effects have a lot of people pointing the finger at the vaping industry. But, do opponents of the vaping industry have all the facts?

Let us answer that riddle with another question: just how has the reputation of smoke-free alternatives such as vapes been affected by being lumped together with products that are sources of combustion, nicotine, and even death? The answer is, such misrepresentation has seemingly put their use (and touted harm-reducing potential) in question. With deaths occurring that were linked to ingredients in vaping products, the US Surgeon General deemed vaping just as, if not more, dangerous than cigarettes and placed various bans on flavored vapes and e-cigarettes across the country.

Even citizens who identify as smokers are weighing-in on the debate, with 56% supporting the ban on vaping products, claiming that vapes were more harmful than cigarettes — some cities are even banning vaping altogether under the impression that it’s a dangerous habit.

During this time, as vapes were slowly (and ineffectively) disappearing from store shelves nationwide, Big Tobacco has been quietly creeping in, attempting to regain the popularity it had lost over the years. If you’ve been left in the dark, we investigate the matter in hopes to shed some light and dispel some lies.

To date, we’ve learned that not a few, but all vaping-related lung injuries (EVALI) cases from 2019 was linked directly to vitamin E acetate, which has been found in bootleg THC cartridges.

Vitamin E acetate is an ingredient commonly found in beauty products, cooking oils, and even supplements. However, it has been often used as a thickening agent within illicit cartridges. When heated to the point of vapor, this natural chemical, as well as the more dangerous synthetic version, can be extremely harmful, causing lung inflammation, difficulty breathing, and even severe pneumonia.

Of course, there’s also the issue of cheap hardware and the use of other harmful substances such as triglycerides (MCT) and PEG 400 in illicit vaping devices. Contrary to popular thought, vitamin E is not found in regular e-cigarettes or licensed THC cartridges, as the CDC may have initially suggested.

Today, the vaping industry is regaining its footing, with the CDC finally clearing up their statements towards vaping, and have corrected their language, now utilizing the term “informal” to categorize illicit vape cartridges that weren’t purchased from licensed, reputable sources.

While this is all well and good, the damage had already been done. The CDC’s original statements were detrimental to the vaping industry, leaving many with false information and misconceptions. Amidst the panic, those who have relied on e-cigarettes or alternative smoking methods may have felt inclined to go back to regular cigarettes.

Ironically, the CDC strongly urges consumers to not do this, and instead, stick to their typical smoking method.

When it comes to combustibles like cigarettes, the nicotine itself isn’t really the problem. In fact, nicotine is actually a natural ingredient that can be found in various plants.

The issue arises, when tobacco is burned and the nicotine, along with over 600 other ingredients, is inhaled. Once burned, a molecular conversion occurs, creating dangerous cancer-causing carcinogens. Tobacco is one of the most well-known, yet popular, carcinogens and advances the formation of carcinogenesis (cancer-forming cells) and responsible for various types of cancers that cause the deaths of almost half a million people per year, with 41,000 dying just of secondhand smoke from those around them. Because of this, we’ve started to see a rise in cannabis flowers and other smoke alternatives such as vapes and e-cigs.

Vape products are considered to be GRAS, or generally recognized as safe. This is because vaping doesn’t create carcinogens as some combustibles do; Legal vaping cartridges typically contain significantly less harmful chemicals, with e-cigarettes usually only containing nicotine, vegetable glycerin (VP), or propylene glycol (PG). Legal cannabis cartridges contain much of the same along with a high number of cannabinoids as well as terpenes that give them their unique flavors.

Certainly, there are always risks surrounding the inhalation of any product, though personal health is always a major factor to consider.

We live in a technological age where an inexplicable amount of information is available at our fingertips. This is an amazing benefit while also being a double-edged sword. You can easily gather data for your cause, but that does not mean it will always be accurate data, which we believe is what has led many astray.

In an interview with “CBS This Morning” public health expert, David Abrams so eloquently shared his perspective on the “disruptive technology” of e-cigs as well as the societal dangers and impact of extreme regulation on public health. Which, again, brings up the prospect of fake news and erroneous information. One media outlet actually compared the vaping concern to the war on drugs — an event that began with panic and bred much fear. And, do you know what comes with panic? Bans.

For obvious reasons, this is important to make sure you are getting your information through legitimate sources dedicated to providing the most up-to-date research, as well as facts, are going to be your best source of information when it comes to health risks.

With the real dangers stemming from illicit cartridges and tobacco-filled cigarettes, we’ve learned from fake news that many have been pointing the finger at the wrong industry.

But, as time goes on and with the CDC finally correcting their mistakes towards vaping, in no particular order, we’re hopeful a few things will become a thing of the past: more (and better) science will be made available, healthier, alternatives become more popular, and the number of fraudulent THC cartridges. 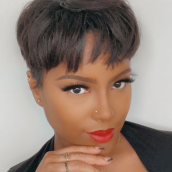 Mell Green is a cannabis plant advocate based somewhere in the Midwest out to disrupt — catch more of her work at www.mellgreenwrites.com